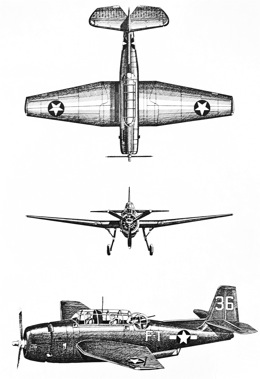 After the bombing of Pearl Harbor on Dec. 7, 1941, manufacturing plants across America halted normal production, their facilities devoted full-time to the war effort. Ewing Township, NJ was an integral part of that effort, becoming a hub of round-the-clock manufacturing in support of the U.S. Department of the Navy.

And the support of Ewing was historic. The Eastern Aircraft Division of General Motors built its first Avenger Bomber on the Delphi Trenton Industrial Land, an 80-acre parcel on Parkway Avenue in Ewing Township in central New Jersey.

You can see details about the Delphi Trenton property here.

The plant at Ewing was built in 1937 and produced automobile window regulators under management of the former Temstedt Division of General Motors. But normal production halted on Dec. 12, 1941. A workforce of 14,000 toiled around the clock to fabricate and assemble the Grumman Avenger, ultimately producing 7,546 airplanes for the Navy. Testing of the planes took place at a newly created airfield across Parkway Avenue – a site that is now the Trenton/Mercer airport.

Avenger Bombers entered U.S. military service in 1942 during the Battle of the Midway. They gained a reputation as outstanding torpedo bombers throughout World War II, contributing significantly to the South Pacific cause.

Among the most famous Avenger aviators: George H.W. Bush and Paul Newman.