Construction is under way on AMERICAN Cast Iron Pipe Company’s 180,000-square-foot facility at the former Buick City site in Flint, a project that is expected to create up to 60 new jobs and provide the infrastructure for a major new waterline in region.

AMERICAN is the first company to invest in redevelopment at Buick City, previously the site of large-scale vehicle manufacturing. RACER Trust took ownership of the property from the former General Motors, with a mission to seek new buyers or end users who would revitalize the property and create jobs.

Construction of the AMERICAN building is expected to be complete in October. The company already has begun hiring and shipping pipe to job sites for the Karegnondi Water Authority Pipeline, which will carry water to the region from Lake Huron.

AMERICAN, founded in 1905 in Birmingham, Ala., has 3,000 employees in the United States. The Flint site is the company’s eighth. 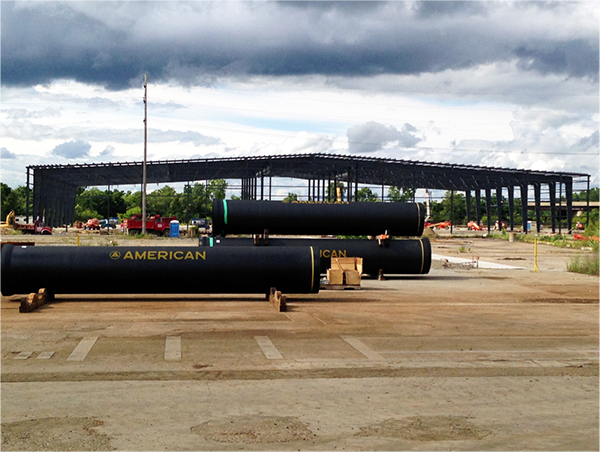 AMERICAN Cast Iron Pipe Company is building a 180,000-square-foot facility on the pre-existing slab at the former Buick City site in Flint. Framing of the building is 75 percent complete. The plant is expected to bring up to 60 new jobs to the region. 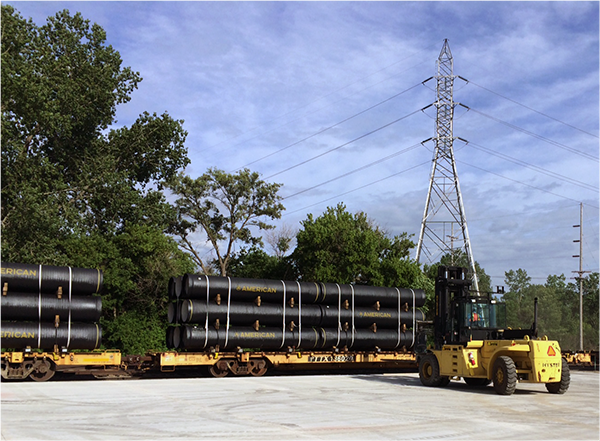 AMERICAN Cast Iron Pipe Company is supplying pipe for the Karegnondi Water Authority Pipeline, a major public works project that will carry water to the region from Lake Huron. 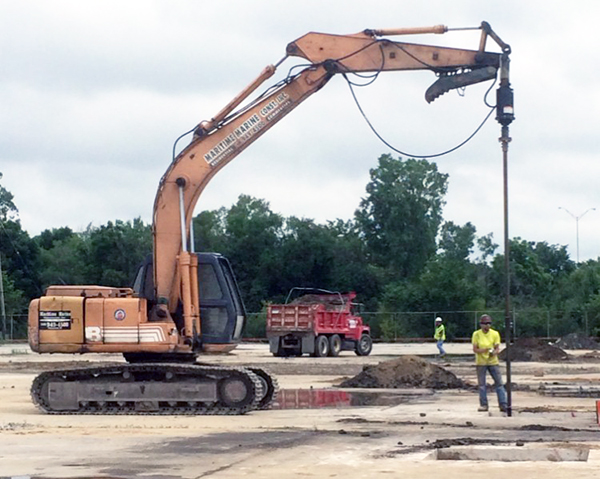 A machine drives one of the helical piles that will reinforce the foundation of the new AMERICAN Cast
Iron Pipe Company facility in Flint. The building is being constructed on the slab that was in place
when the former General Motors was building vehicles at Buick City.